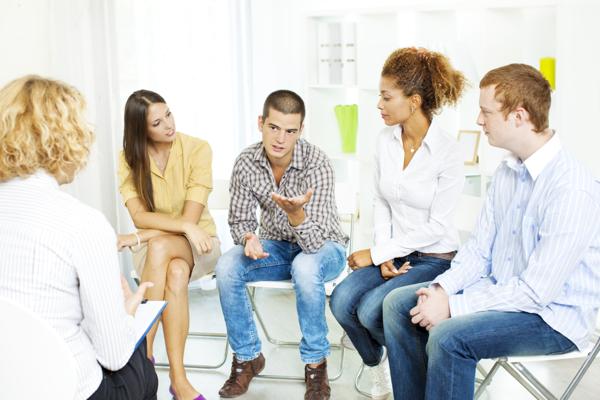 Depression needs no introduction and explanation. In the current generation, ruled by stress, more and more people are falling victims to this serious mental conditions. Lull in the air, disinterest to do anything and unnecessary tension are the common signs of depression in a person. There are plenty of causes that can lead to depression; stress and hormonal changes in the body being the common ones. Depression is a serious health concern, and it can badly affect each and every aspect of the sufferer’s life, making life difficult. It thus needs to be addressed with utmost care. But what causes these hormonal changesis a question that needs an answer. Well, plenty of factors influence hormonal changes. Growing up, high levels of estrogen in the body, and environmental factors are common factors that influence hormonal imbalance. Let’s now understand the symptoms of depression, and the role hormones play in inducing depression.

Symptoms of Depression in Women

Depression is a serious condition and the following are the symptoms of hormonal depression in women.

The factors that cause depression are categorized as environmental and biological factors. Stress due to work, relationship issues, family issues and low self-esteem make up the environmental causes for depression. Seasonal affective disorder and hypothyroidism can also lead to depression in women. Biological factors are those that deal with depression resulting from hormonal changes. Depression can take control over a woman during the following phases, because there are rapid fluctuations in the hormone levels during these phases.

Puberty: As a girl reaches puberty, plenty of hormonal fluctuations occur in the body. These hormonal changes have an effect on the mood of the girl and can lead to depression.

Menstrual Cycle: Changes in the female hormones like estrogen and progesterone during the premenstrual period and post-menstrual period affects the functioning of the brain chemicals, causing depression. Anxiety and headache during the premenstrual cycle period are common signs that a woman is bound to experience. Some women also experience PMS (premenstrual syndrome) before the menstrual cycle, and PMS is a result of hormonal changes, and has depression as a sign. In some women, the hormonal changes can lead to a serious depression disorder called premenstrual dysphoric disorder (PMDD). This is a serious kind of depression that needs medical intervention.

Pregnancy and Depression: A pregnant woman is most prone to depression. Pregnancy leads to many hormonal changes in the body. The mental state of the woman assumes a big role in this case. Changes in the levels (too high or low) of stress hormone, cortisol, in the body during pregnancy can cause depression and anxiety related symptoms.

Menopausal Depression: Depression is a common trouble a woman faces during the menopausal phase as well. The period when the woman is approaching menopause is called perimenopause. Fluctuating hormonal changes during this period often lead to depression and anxiety.

A doctor is the best person to determine whether it is hormonal imbalance that is causing depression. There are various tests that can be helpful in determining the hormonal composition in the body. Blood tests, urine tests and saliva tests are used to determine the hormone levels. The doctors may recommend antidepressants and use of therapies to normalize the hormonal depression in women. Positive therapy, exercising and yoga are also effective in treating depression.

Hormonal changes in the body are a part and parcel of a woman’s life, and they are bound to occur. But to keep the effect of hormonal changes at a low, a healthy lifestyle and a balanced diet is needed.

Panic Attacks
Low blood sugar or hypoglycemia, is a condition characterized by abnormally low levels of sugar in the bloodstream. The human body regulates the level...

The Overwhelming Power of Prayer and Positive Thinking

Self-esteem Activities for Teenagers to Boost Their Confidence