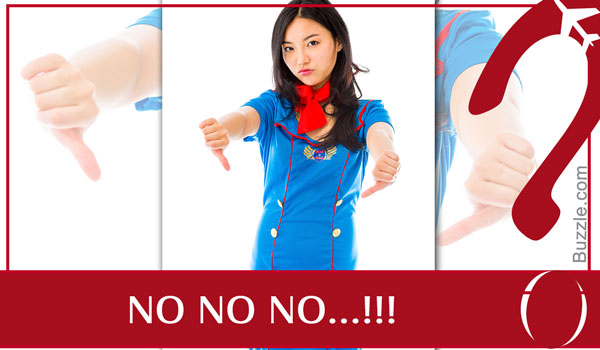 Did You Know?
Pessimism and realism are both learned behavior. There is, therefore, always a chance to change them if wanted.
Most of us have a tendency to look at things in either black or white, allowing no gray areas in between―which is probably why, when we speak of personality types, we tend to divide people into pessimists and optimists―end of story. This is, of course, grossly inappropriate because that is akin to scratching the surface. Layer upon layer make up human personalities, and these can never be defined in such clear cut terms. That being said, ‘pessimists’ and ‘optimists’ is not the end of the story, it is just the beginning. Most of us have a basic, albeit rudimentary, understanding of who a pessimist and an optimist is―a pessimist being someone who has a negative outlook towards things, and an optimist being someone who has a positive outlook towards things. However, there are other personality types involved as well, these being the fatalists and the realists.

While all these personality types have their own characteristic traits and such, there is a tendency to generalize everything that is not ‘optimism’ as ‘pessimism’. Which is again, grossly inappropriate. What is usually taken as pessimism, could, in fact, be ‘realism’, which then leads us to the question―what is realism and how is it different from pessimism. The following sections of this PsycholoGenie article, will highlight exactly that.

Pessimism Vs. Realism
Like we said earlier, there is a tendency to assume that a person who is not an optimist is automatically a pessimist; however, that is not the case. A person who is not necessarily an optimist, need not be a pessimist either, he could just as easily be a realist. People often equate the characteristic traits of a realist and a pessimist, and when they actually mean ‘realist’, they’re saying ‘pessimist’.

A more detailed explanation of these two types and their traits will help you understand how these are different and why these terms should not be used interchangeably. But first, an explanation of what these two personality types are.

Characteristics of a Pessimistic Personality
A pessimistic person is someone who has a negative outlook towards life, someone who tends to notice the negative things in life, a person, or situation and believes that there is more bad than there is good in everything. Unlike optimists who tend to see the positive side of everything and believe that a negative situation is only a setback in the larger scheme of things, a pessimist believes that everything is and will continue to be negative, that it will affect all areas of his life, so far as believing that everything is his fault. Pessimists refuse to see the good in people and life and are convinced that things are getting worse with every passing day.
For Example:
When the sun finally shines through after the rain and someone comments how nice it is, the pessimist will complain about how everyone will be crowding the streets to soak in the sun.
Characteristics of a Realist
A realist is someone who will see things for the way they really are. He will not be influenced by either the negative or the positive scheme of things. He will take each day as it comes, learning to cope with anything negative and enjoying the positive. Even though it is believed that the optimists are the most optimally adjusted individuals, in reality, the realists are more so. While optimists may tend to look at, and concentrate on only the positive things in life, it is often said of them that they view the world with rose-tinted glasses, refusing to see the bad at all. Which often leads to extreme disappointments. A realist, to put it simply, hopes for the best and is prepared for the worst.

Moreover, a realist only forms an opinion after analyzing all the data and information that is available to him, thus, his opinions, decisions, and outlook are usually more objective and unbiased. He does not let expectations decide the way he feels.

For Example:
While an optimist might call the rain the sweet nectar that bathes the earth, the realist will simply call it precipitation taking place in the form of liquid.
Difference Between a Pessimist and a Realist 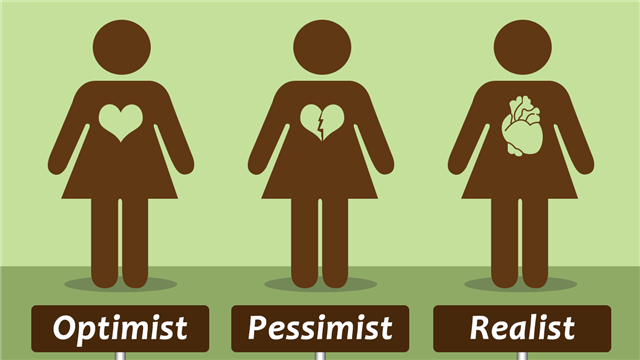 The major difference between optimists, pessimists, and realists
he reason that pessimism and realism are usually interchangeably used is probably because reality is often quite unappealing, so when people say things as they really are, they are usually mistaken for pessimists.

However, pessimists and realists are starkly different. People who do not indulge in unnecessary fantasy (as optimists do) are not pessimists, they are simply existing in reality, stating that either outcome is possible, which includes the negative as well; in comparison, a pessimist will spend time over thinking all the negative outcomes that are possible, and then take one step further and convince himself that they will happen (all of them, if he had anything to do with the way things went).

When any situation presents itself, a realist, like we said earlier, will try to analyze it by taking into account all the facts and information, and without having any expectations cloud a decision, will form an opinion like thus. A pessimist, on the other hand, will have a negative spin on things right from the word go; he will only think of all the things that could go wrong and probably will. His outlook therefore is―he knows things will go wrong, he’s just waiting for when. If things work out for the positive, he will immediately pass it off as a rare occurrence, never to happen again. A realist, on the other hand, having looked at the situation objectively, will be prepared for both outcomes and will not be either ecstatic or depressed with the outcome (having predicted the possibility of either outcome).

Example
A pessimist will never ever invest in the stock market because he’s convinced that he will lose all the money, so he never takes that chance. A realist will study the type of stocks available, the nature of the market, and plan well before investing―oftentimes leading to great profits.
Example
At a football match, the pessimist will predict that the crowd-favorite team will choke towards the end and lose; whereas, the realist will study their performance, the strength of the players and other data available, and form a decision that while anything can happen in the game, their records of the season strongly suggest that they will win.
One has to understand that rarely are human beings ‘pure pessimists’ or ‘pure optimists’; in most cases, it is the perspective that we adopt that is either pessimistic, optimistic, or realistic―which is further influenced by the experiences we have, the situations we face, and the people we interact with. Every person will have some days when they are optimistic and others when they are more inclined towards being pessimistic. However, it is important to understand that while both these perspectives are important tools in life, being a realist is what will keep you balanced and grounded.

Simple Positive Affirmations for Success You Really Need to Try

Note-worthy Remedies to Relieve Stress and Deal With Anxiety

Anxiety
Anxiety is a by-product of stress. Innumerable activities, projects, deadlines, and inevitable need to push boundaries, adds to endless stress in our daily lives....

How to Increase Brain Power

Is Talking to Yourself Considered Normal?

How to Handle the Pressure of Workplace Competition: Don’t Miss!

How to Recognize and Handle Anxiety Attacks During Pregnancy